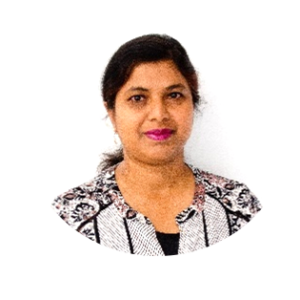 is an Acoustic Engineer at ENA2 with more than five years of experience in noise impact assessment, noise modeling, and mitigation.
She holds a BSc. degree in Electrical and Electronic engineering and received her MSc. degree in Earth and Space Science and Engineering.
and a PhD degree in renewable energy at York University.

In Canada, the total installed capacity of wind energy is 13413 MW, according to the Canadian Wind Energy Association (CANWEA). Although wind is a clean and renewable energy source, it faces some public concerns that include noise, ice throw, shadow flicker, and the death of birds and bats. The sound emitted from a wind turbine can be the subject of complaints as it causes public annoyance. It is necessary to understand the characteristics of wind turbine sound and carefully plan wind turbines far enough from residential areas to significantly reduce its impact on the regular life of the residents.

Noise generated by a wind turbine can be categorized into two types: aerodynamic noise and mechanical noise. The primary sources of mechanical noise of the turbine are gearboxes, bearings, and accessories. Due to technical advancements, mechanical noise is reduced to the extent that it is not considered a significant noise source from the turbine as it previously was. However, the aerodynamic noise produced due to the interaction of the airfoil blade and the boundary layer around it is still a significant source of noise.

The aerodynamic noise can be narrowband or broadband. Narrowband noise is generated when the blade of the wind turbine crosses the support tower. The tower obstructs the flow of the wind; hence there is a velocity deficit. It creates a fluctuation in the load on the turbine blade and generates acoustic pulses of short duration. This type of sound has a spectrum that contains a pure tone of frequency equal to the rotation per minute multiplied by the number of blades and its integer harmonics. The directivity pattern is similar to an acoustic dipole (Hubbard & Shepherd, 1990). Downwind rotor turbines which are not very common usually exhibit this kind of noise.

Broadband noises generally have a higher frequency range, greater than 100 Hz, and are mainly generated from the interaction between a moving blade and its boundary layer (Hubbard & Shepherd, 1990). This type of noise is subdivided into five groups and discussed below (Brooks & Marcolini, 1989).

Tip vortex noise is produced due to interaction between the blade tip and the turbulence around it. Another kind of noise is created when the blunt edge of the blade interacts with the vortex shedding in the wake of the previous turbine blade to pass through that patch of air. It is known as trailing edge bluntness vortex shedding noise (Brooks & Marcolini, 1989).

Apart from the regular noise caused by a wind turbine mentioned above, a stationary listener can hear a sound that fluctuates periodically. This type of variation is characterized as a ‘swishing’ or thumping sound. This noise is termed as amplitude modulation of sound. Amplitude modulation can be described by two parameters, modulation depth and modulation frequency (The Expert Panel on Wind Turbine Noise and Human Health, 2015).

The modulation depth is the distance between the highest (crest) and the lowest point (trough) on the modulated sound. The frequency of modulation is the frequency at which this amplitude variation occurs and is related to the rotational speed of the turbine blade. Amplitude modulation can be of two types; normal amplitude modulation (NAM) can occur due to the interaction of the wind with the trailing edge of the blade, which is also described as a “swishing” sound.

The enhanced or other amplitude modulation (OAM) is referred as a “thumping” sound. Renewable U.K. led a study in two phases to investigate OAM (Renewable U.K., 2013). The second phase results indicate that occurrence of OAM is related to the presence of turbulence or high wind speed. This type of noise can have a modulation depth of 10dB at low frequencies (1 to 2 kHz) (vanden Berg & Bowdler, 2011). Ongoing research is being conducted to determine the reason and mitigation strategies for this kind of noise. The results will contribute to further generation of better acceptance and integration of wind turbines.